When you have to call in the debt collection attorneys

When you have to call in the debt collection attorneys

OK, We Tried Our Best…Now What Happens When you Forward Our Claim to an Attorney? 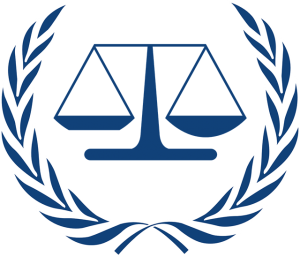 You placed your claim with Collectivity and we have used every conceivable non-legal and psychological approach available to assist you in the recovery of your money. The debtor will not pay…and we’ve determined after thorough review and investigation, which it would be worth your time and expense to allow us to forward the matter to one of our bonded, expert, creditor’s rights attorneys. What really happens?

First things first….who are we suing? It is of utmost importance that they know who the correct legal entities involved are…not only the debtor, but also YOU…the creditor. Naturally, you as the creditor know who you are; however, it is not always easy to know the correct entity of the debtor. This is where a credit application becomes critical (more on that in another article).

Where does the debtor reside? Many times it is a creditor insists that legal action be brought where they are located, and in some instances it can. However, there are many practical and legal reasons why that may not be possible. To simply put it, many times it is more effective to bring suit in the county in which the debtor resides, especially when the issue of collecting upon the judgment comes up. (That also is for a later discussion)

What’s taking so long? Unfortunately, the legal process is slow due to many of the procedural requirements necessary. The attorney files suit with the court, the original service and copy of the complaint and summons. The clerk records the case on its dockets, and then directs a marshal or sheriff to serve the debtor. Sometimes service upon the debtor happens rapidly; however, most of the time it takes several attempts to locate and serve the debtor. If for some reason service cannot be effectuated, it must be determined if a better address can be located. There are other forms or methods of service, such as by publication; however, it is to be avoided as it is very cumbersome, technical and costly procedure…not to mention that at the end of all of this, collectability would be highly questionable.

After service, the debtor has a time limit to respond, which varies from jurisdiction to jurisdiction and which venue you’re in. Normally in Federal court it is 20 days. If the debtor fails to respond with an answer, the creditor (who is known as the plaintiff) may petition the court for a default judgment. This basically means that the debtor is considered to have admitted the allegations of the creditor’s complaint. If the debtor files and answer, the case is from that point to be considered contested. How long it takes to reach a trial date depends largely upon the case load and procedures of the court in which the case is pending. It can take anywhere between six (6) months to a year or longer. The debtor also has the right to file a counter-claim or cross-complaint against the creditor. This is like a whole new suit in which the debtor and creditor “switch” sides and if the creditor fails to answer appropriately, the debtor can be awarded a judgment!

Contested cases entitle all parties to what is known as discovery…in which the parties try to learn as much about each other’s case as they can. There actually is a theory behind discover…many times cases are settled during discovery as each party becomes aware of the strengths and weaknesses of each other’s case. I won’t go into the many forms of discovery as that is not the purpose of this article.

There exist an arsenal of additional legal procedures in which an attorney may use at his disposal…writs of attachment, Motion for Summary Judgment…

It should be mentioned that many a case are actually settled on the courthouse steps. Setting that aside, once in the courtroom, a judge may, after reviewing the pleadings and briefly talking to the attorneys, the judge may order mediation. He may give the parties his impressions and recommendations relative to a settlement. If this is not the case, the trial proceeds and follows well defined procedures and processes.

The creditor must first present his case and meet certain legal hurdles to prove what is called his prima facie case:

If these elements are not meet by the creditor, the debtor may move for a dismissal of his case. One other important note to make. If the creditor’s complaint is for merchandise sold and delivered or for services rendered to the debtor (defendant), the creditor need not be present as the court will rely upon sworn documentation.

Skipping along…the court issues a judgment, an abstract of judgment may be issued which is a record of the judgment recorded as a lien on any of the judgment debtor’s property in the county in which it was recorded for a specified number of years.

You’re not done yet! Unless there is a voluntary payment by the judgment debtor, he has the right to an appeal, and after that right expires, an execution follows (no we don’t shoot the debtor!) It is an order directing the sheriff to seize the defendant’s property that is not exempt by law of that jurisdiction or federal law. Once again, the creditor’s attorney has a legal arsenal to use to collect upon that judgment…all of which takes time and additional expense.

Conclusions – the legal process takes time and money and should be avoided if at all possible through other non legal means of collection, such as using a collection agency. Collection agencies are experts at collecting your money in faster more cost effective ways.

When you visit any web site, it may store or retrieve information on your browser, mostly in the form of cookies. Control your personal Cookie Services here.